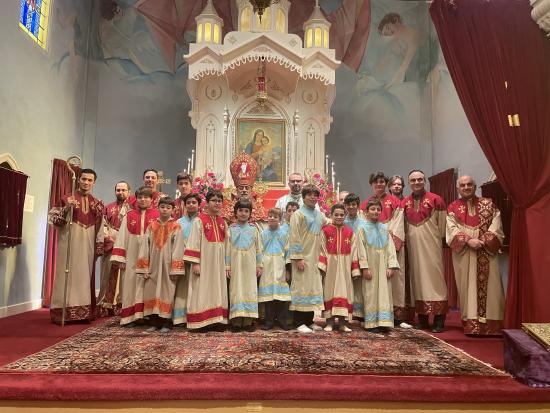 On November 19 and 20, during his pastoral visitation to St. John Armenian Church of San Francisco, His Eminence Abp. Hovnan Derderian, accompanied by Mr. Derik Ghookasian, Chair of the Diocesan Council, presided over several gatherings, most notably the 80th Anniversary of St. John Armenian Church, and a pilgrimage to the historic landmark and Genocide Monument, the Mt. Davidson Cross.

The first day of his pastoral visitation began with a pilgrimage to a site of great importance of the San Francisco Armenian Community, the Mt. Davidson Cross, a 133 ft. hight cross, which for the past 25 years has belonged to the collective Armenian community and serves as a memorial to the martyrs of the Armenian Genocide. Along with dozens of pilgrims His Eminence walked to the top of the hill, the tallest point in San Francisco, and conducted a brief prayer service. At the conclusion, St. John Parish Priest, Fr. Mesrop Ash; Youth Director, Dn. Charles Cherezian; and the Primate shared devotionals about the importance of renewal of faith in our lives. The participants were primarily youth and young families.

On the following day, during the celebration of the Divine Liturgy, at the recommendation of Parish Priest Fr. Mesrop Ash, 13 candidates were granted the minor orders of the Armenian Church by the Primate, achieving the rank of Acolyte. During his congratulatory remarks, His Eminence explained to the new acolytes the significance of their new rank and lauded the parents for supporting their children's spiritual development. He also formally congratulated Fr. Mesrop on the 10th anniversary of his ordination and pastorship at St. John San Francisco. During the service, a portion of the hymns were sung by the entire Sunday School.

At the conclusion of the Divine Liturgy, Abp. Derderian presented two dedicated parishioners the Diocesan Hye Spirit Award. The first was Mrs. Rosemond Muncheryan whose years of service in various areas of church life including the Ladies Society, and Parish Council have left a lasting impact on St. John. The second was Dn. Daron Kapeghian, who has served on the Holy Altar for 50 years, and since being ordained as a full deacon in 2015,  has striven to embody the devotion of a servant of God in his liturgical service.

Following services, a luncheon was held in the Paul Family Fellowship Hall. The program included special performances by the Karoun Dance Ensemble, musical pieces by Sussanna Plotitsa with accompaniment by Naiyry Sarkiss, and a special impromptu duduk performance by one of the new acolytes, Nicholas Skokan. Parish Council Chairperson Christina Artemis then introduced a surprise video presentation prepared to honor Fr. Mesrop Ash's 10th anniversary of priesthood. The emotional commemoration was concluded by the final remarks and benediction of His Eminence Abp. Hovnan Derderian who lauded the growing parish for their God-pleasing service, and spirit-filled community life. 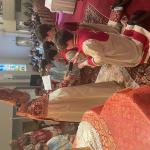 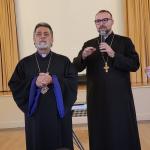 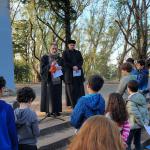 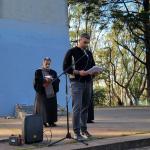 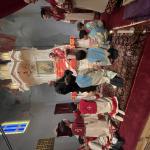 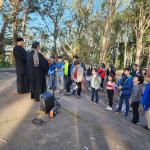 On November 19 and 20, during his pastoral visitation to St. John Armenian Church of San...