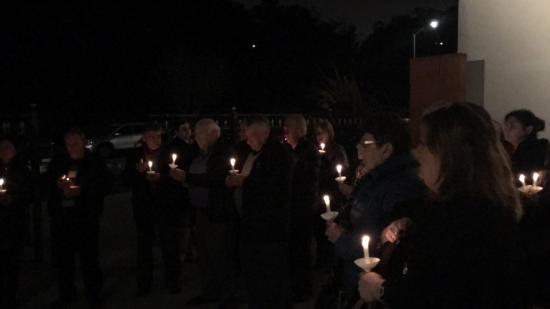 February 28th marked the 30th Anniversary of the Massacres of the Armenian community of Sumgait, and subsequently the Armenians throughout our Azerbaijan. To honor his occasion St. John proclaimed February Sumgait Commemoration Month.

The events began with an event jointly organized by the UC Berkeley Armenian Studies Program and St. John featuring author and activist, Anna Astvatsaturian Turcotte to discuss the Anti-Armenian atrocities of her childhood, the history that fueled the hatred, and the current state of affairs in the struggle for Artsakh's independence.

The event had over 80 people in attendance. Fr. Mesrop Ash welcomed everyone to the church and spoke personally about his awareness and appreciation of the struggles of Armenians from Azerbaijan. Prof. Stephen Astourian introduced the guest speaker and offered comment on the need for community and scholarly dialogue around of the critical events of 1988. Mrs. Turcotte shared her remarks, which were personal in nature about the road she traveled as an Armenian refugee. After her movie testimony, the participants were treated to a nearly 90-minute Q&A period. The event concluded with refreshments, and everyone had the opportunity to connect and discuss the legacy of the pogroms of Sumgait.

In conjunction with the commemorative events of February, the film Architects of Denial was screened at St. John Armenian Church falling services on February 25, 2018. This powerful film speaks to the history of Armenian persecution beginning in late 19th Century Ottoman Turkey, through the Sumgait pogroms and the struggle for Artsakh. Heavily featured in the film were three women from St. John Armenian Church, Aregak Bagirian, Liana Movsesian, and Zhanna Oganessian. These women were presented with small tokens of appreciation by Fr. Mesrop Ash and the St. John parish for their work in representing the Armenian Cause.

On the evening of February 28, 2018, a very special requiem service was held at St. John to remember the souls of all those who lost their lives at Sumgait, Kirovabad, and all innocents who were massacred during those dark years. This evening service, which was co-officiated by guest clergyman Fr. Hovel Ohanyan of St. Vartan Armenian Church Oakland, was concluded with a candlelight service in the parish courtyard in front of the Sumgait Memorial. During the ceremony Fr. Mesrop spoke to the representation of the departing in the hearts of the faithful of St. John and Fr. Hovel spoke about the legacy of the Armenian people to be victorious and overcome all challenges.

During the Lenten fellowship that followed community members, were encourages to come forward and share their reflections on the occasion. 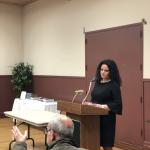 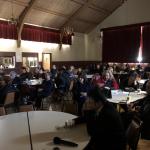 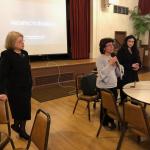 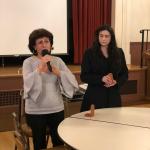 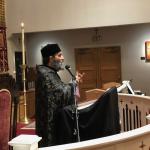