Blessing of Pomegranates Rings in the New Year 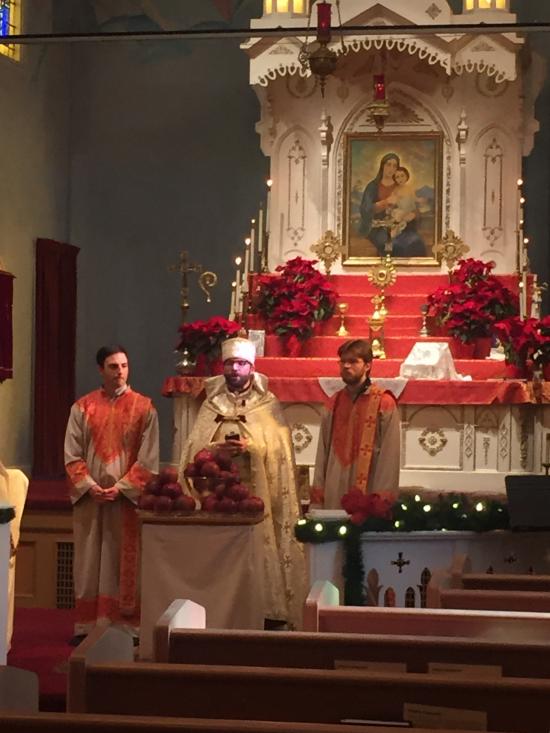 For the first time at St. John Armenian Church, a new tradition was celebrated on the occasion of the New Year. On January 1, 2017, following the Divine Liturgy, pomegranates were blessed in accordions with the right established by His Holiness Karekin II, Catholics of All Armenians, just a few years ago. The blessed fruits, which are of great symbolic important to the Armenian people, were distributed to the faithful to enjoy with their families, or take home to loved ones were are unable to attend church.

"As a national symbol, the pomegranate has been widely used in Armenian architecture, carpet weaving, arts, and crafts and manuscripts illuminated by Gregory Khlatetsi, Toros Taronatsi, Toros Roslin, and in the Haghpat and other Gospels.

The pomegranate's crown represents Jesus' crown and His sovereignty over the entire world. The red color symbolizes His salvific Blood that was shed for all. The popular belief is that each one contains 365 seeds corresponding to the number of days in a year, symbolizing new life in Christ and the New Year.'"

St. John Armenian Church wishes everyone a New Year marked with the blessings of Jesus Christ, that those who trust in Him will be filled with His peace and mercy.