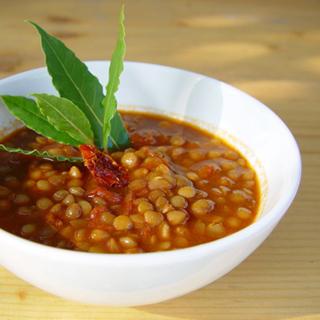 1- Pick over and rinse lentils. Add the saucepan with cold water to cover. Bring to the boil, lower flame and simmer, uncovered, 10 to 15 minutes until water is almost absorbed and lentils have turned yellow. Mixture will resemble a thick paste.

2- Gradually stir in onion, rice boiling water, salt and pepper. Simmer gently 30 minutes, stirring occasionally until rice has softened. Watch that soup does not boil over. Add more boiling water if it seems too thick when done.

Note: this soup is so named because it (or a variation of it) was a favorite with priests who had to prepare their own meals in the monasteries. Women and laymen were not permitted within the monastery walls and so the priests did their own cooking. Another variation of this soup is to sauté one onion, coarsely chopped, in ¼ cup olive until lightly brown, then spoon it over each serving as a garnish.

On November 19 and 20, during his pastoral visitation to St. John Armenian Church of San...