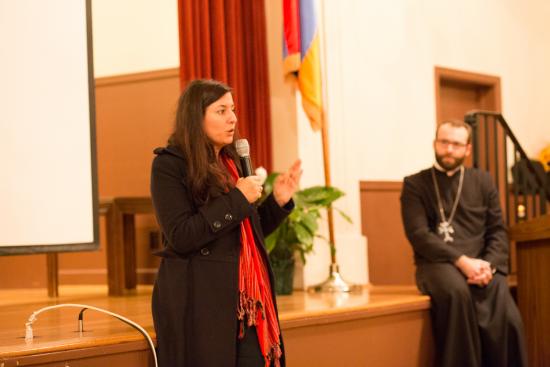 The following editorial was submitted by Tamara Karakashian who attended the St. John Armenian Church Premiere of Bavakan on February 15, 2014.

I was privileged enough to attend the United States premiere of Adrineh Gregorian’s documentary entitled Bavakan (Enough) at St. John Armenian Church in San Francisco, CA, on Saturday, February 15, 2014 . This documentary is a must see for Armenians and non-Armenians alike. The 40-minute documentary depicts the situation of preferential gender abortion in Armenia. Interviews with women, young and old, offered a first-hand perspective regarding the pressure women face from their husbands, mother-in-laws, other family members, even the community at large, when they should be celebrating and enjoying their growing family. Despite the heavy editing Ms. Gregorian was forced to inflict upon her film, doctors, professionals, and politicians from the Republic of Armenia also provide interesting insight on this eye-opening topic.

While focusing on the centuries-old tradition and uncomfortable topic of preferential gender abortion, Ms. Gregorian was able to capture the beauty and warmth of Armenia. The message of the documentary, preferential gender selection, could easily slip into the familiar realm of the abortion debate—pro-life or pro-choice—as we are accustomed to in the US. During a discussion following the documentary, Ms. Gregorian indicated this is far from the intent.  The over 5-year-long production of this documentary is to bring this serious issue to the forefront of people’s minds in order to educate the masses. Ms. Gregorian shared that the documentary has been shown in many regions in Armenia—appropriately sparking a lively debate and discussion each time it is shown.

Bavakan has been seen at the Cannes Film Festival.  Due to the inclusion in various film festivals, this documentary is not able to be made public for at least another two years.  I urge you learn the stories about the women in Bavakan, by inviting Ms. Gregorian to present her film to you and your group. 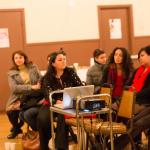 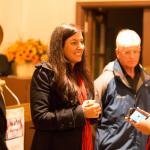 An Evening with His Grace Bishop Daniel Findikyan