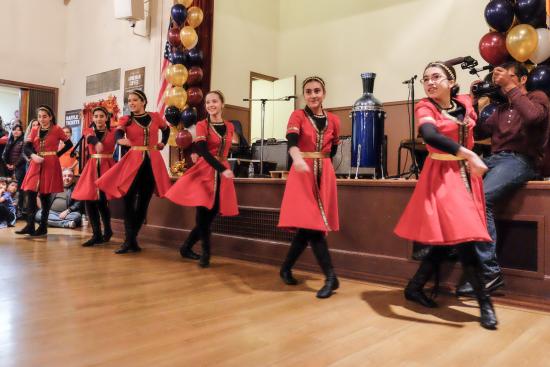 On October 21–22, 2015, St. John Armenian Church hosted their 75th Annual Food Festival. This spectacular event is a major attraction that draws thousands of visitors from the Greater Bay Area each year. The Festival is a cultural feast of Armenian flavors, an authentic traditional cuisine that is handed down from generation to generation, Armenian folk music, and dancing, showcasing Armenian gifts from Armenia and bringing the community together.

Over the past four months, the St. John ladies were preparing authentic Armenian foods and pastries. There was lots of laughter, fun, positive energy and love that added extra flavor to the delicious food they prepared. One thing was certain about this year’s festival; everyone agreed that the food was at its best!

The entire congregation supported the efforts of the festival, from those who helped set up and take down the festival, prepare and serve meals, sell food for take-out, as well as the many young people and children that helped bus tables, sell raffle tickets, and Armenian coffee. This was all realized under the able leadership of the co-chairs Katherine Kapeghian and Dn. Charles Cherezian, and the committee members, especially Paula Boghossian and Christina Ardemis who spearheaded the efforts of the Ladies Society and more.

As usual, a highlight of this year’s festival was the excellent cultural program presented by Karoun Dance Ensemble and the Karoun Junior Dance Ensemble. In the months before the event, Karoun director, Carol Kazarian works intensely with her core dancers, as well the young women of the Sunday School program to prepare a fancifully crafted and mesmerizing dance presentation.

This year, as in the past, the Food Festival was a definite success, the amount of volunteers hours and labor of love that was invested are truly immeasurable. On behalf of St. John Armenian Church special thanks to the members of Food Festival Committee, the devoted team coordinators, and our volunteers who unselfishly gave their time and energy in making this year’s Food Festival one of the best. Also our heartfelt gratitude to all the sponsors, contributors and everyone who attended and supported our festival. We look forward seeing you next year! 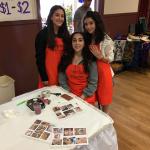 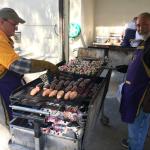 Since 2014 St. John Armenian Church has worked closely with the Army Chaplaincy mission of the...

Important update: reservations for Easter Divine Liturgy are currently full, according to our...