Sharing Our Story With Whomever Will Listen 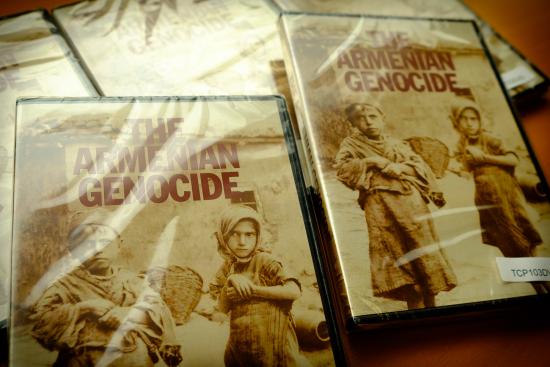 Armenians of the Bay Area, including the parish of St. John, feel a sense of great pride that thoughout the Centennial Anniversary of the Armenian Genocide, we have organized to mark the somber occasion and achieved many goals. We have honored and even celebrated the sainted martyrs of the Armenian Genocide, educated our youth, advocated for just recognition, and raised awareness in the public sphere.

During the Summer of 2015, St. John was compelled to further engage in this mission by reaching out to our brothers and sisters in Christ, the Christian Churches of San Francisco, and offering to send them a free copy of the 2006 documentary entitled The Armenian Genocide, which is used by the Facing History and Ourselves curriculum that is taught in schools throughout California. The offer was also accompanied with a suggestion that the DVD be shown to their congregation, and that our parish would be honored to participate in any discussion that would follow.

In the letter which was sent out to the over 110 Christian churches of San Francisco, Fr. Mesrop wrote, "We believe that this pivotal event, which took place in the Ottoman Empire against the background of World War I, is of vital relevance even today, not only for our people, the descendants of genocide survivors. It is part of a larger conversation regarding the need to spread awareness about crimes against humanity in order to prevent similar calamities from happening now and in the future. It has been our experience that the public is not wholly familiar with this event that befell the Christian subjects of the Ottoman empire. Therefore, we are reaching out to your parish, in the hope that we can honor the Centennial of the Armenian Genocide by sharing our story with you."

If you are familiar with a church that would be interested in receiving a copy of The Armenian Genocide and would like to organize a showing of the film, please contact our office at (415) 601-0171.