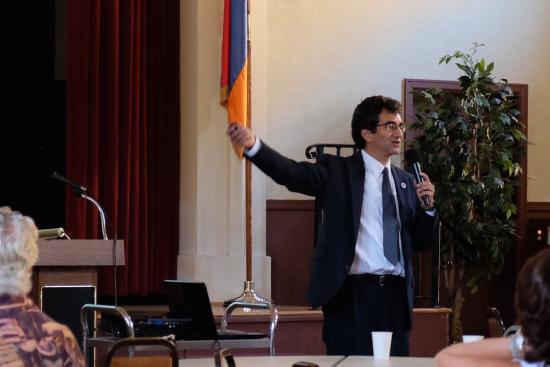 On Sunday, September 20, following church services, the much anticipated presentation of the “Historic Armenia After 100 years,” by the author Matthew Karanian took place in The Paul Family Hall. Fr. Mesrop Ash introduced Mr. Karanian and invited him to the podium.

Mr. Karanian thanked St. John Church for organizing this event and everyone for attending. After he briefly explained how his research beginning in 1995 has taken him on journeys throughout Eastern and Western Armenia, from Artsakh to Javakh, Ani to Cilicia, even though. He faced many obstacles during his pilgrimages, though nothing prevented him from visiting remote and dangerous places.

Matthew did not need more than few minutes to captivate the audience with his remarkable original and current photographs of Armenian churches, landscapes and historic monuments, accompanied by an articulate, passionate and detailed narration.

Matthew covered the ancient historic monuments of Ani, Kars and the provinces of Van, Dyarbakir, Kharpert.  He also shared his experiences throughout his journey, gathering information about the past from local residents, and ultimatly searching and finding some of the hidden Armenians of Western Armenia. He concluded his speech by encouraging the audience to make pilgrimages to historic Armenia because it is our homeland, and for those who are unable to travel his book will serve as an alternative.

Karanian’s book, Historic Armenia After 100 Years, was released in February, and is the first book of its kind. The book features 125 color photographs and maps that illustrate the current condition of the churches and monasteries that still exist in Western Armenia.

This book was dedicated to his grandmothers and many others who left their homeland behind a century ago and survived the Armenian Genocide,

Karanian is a second-generation Armenian American who practices law in Pasadena. He has worked in Armenia as an associate dean of the law program at the American University of Armenia. He was director of the university’s Legal Research Center and founded the Armenian Law Review in 2003 with his students.

A previous book, Edge of Time: Traveling in Armenia and Karabagh, was the world’s first commercial guide to the two republics. A year later, it was reprinted, due to popular demand.

In 1999, he collaborated with Robert Kurkjian to publish Out of Stone, an oversized hard cover photography book featuring the sites and people of Armenia and Artsakh. 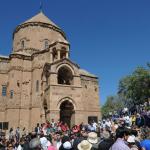 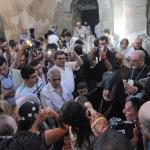 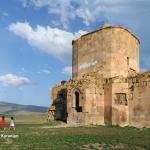 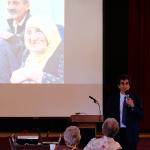