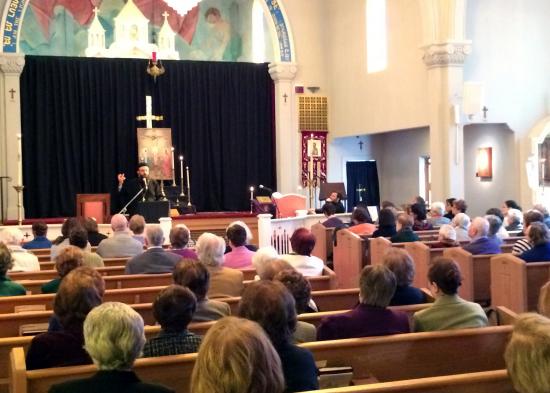 The World Day of Prayer is an international ecumenical Christian laywomen’s initiative. It is run under the motto “Informed Prayer and Prayerful Action,” and is celebrated annually in over 170 countries on the first Friday in March. The movement aims to bring together women of various races, cultures and traditions in a yearly common Day of Prayer, as well as in closer fellowship, understanding and action throughout the year.

The service started at 11:00am with Lord ’s Prayer lead by the clergy of the Bay Area. Christina Ardemis, St. John Representative, welcomed everyone, and invited Mrs. Sevan Balabanian to emcee the event. Mrs. Balabanian interviewed Mrs. Angel Rey of Coptic Orthodox church, wife to the event's guest speaker, who was born in Egypt.  During the interview, Mrs. Rey talked about the Egyptian culture, the importance of family, also explained the current political and social issues that the Egyptian people are facing.

The guest speaker of the day was Father Bishoy Ray Ibrahim, parish priest at St. Antonius Coptic Orthodox Church of Hayward. Fr. Mesrop Ash welcomed Fr. Bishoy and invited him to deliver his message. Fr. Bishoy talked about the importance of living water and said without water life would not exist. He mentioned that the bible talks about water from the first book of the Old Testament Genesis, till Revelation. He also compared the water of the sea to the river, how the sea water is dangerous, not clear, salty, while the river water flows with ease and is calm.

After the message, Fr. Mesrop Ash thanked Fr. Bishoy and on behalf of the ladies of the Bay Area Armenian Churches presented a beautiful wooden “Khachkar” as a token of appreciation. Following this, the members of the World Day of Prayer committee each offered a prayer to the Lord, on behalf of the women of our community.

Funds were collected to support the Armenian Nation's inclusion in the World Day of Prayer International Committee.

The delicious Lenten luncheon was prepared and served by St. John Ladies Society; St. John Armenian Church thanks the luncheon committee members including Christine Ardemis, Maria Gamitian and Linda Lester and all of the day's volunteers. 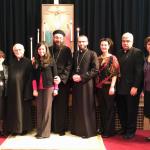 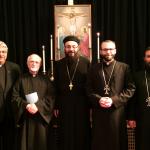