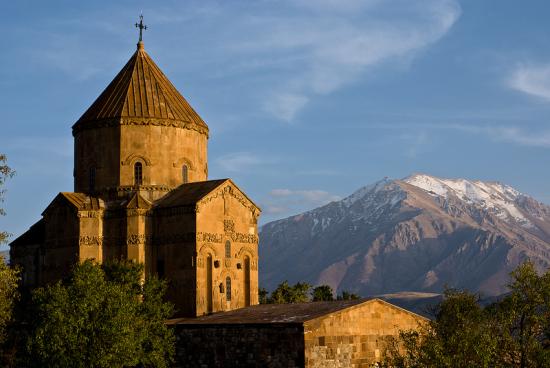 The following is a joint message issued by His Holiness Karekin II, Supreme Patriarch and Catholicos of All Armenians, and His Holiness Aram I, Catholicos of the Great House of Cilicia. It calls on the Turkey to return confiscated Armenian Churches and recognize the Armenian Genocide.

In 2015, the Armenian people of the Republic of Armenia, the Republic of Nagorno-Karabakh and the Diaspora will commemorate the 100th anniversary of the Armenian Genocide committed by the
Ottoman Empire.
In 1915, more than 1.5 million Armenians became victims of genocide. The survivors on the roads of exile found shelter in Eastern Armenia, present-day Republic of Armenia, Syria, Lebanon and other Arabic nations, and in a number of other countries of the world.
The Genocide victims and the internally displaced people who lived under the jurisdiction of the Ottoman Empire in Western Armenia, Cilicia, and other regions of the Ottoman Empire, along with their own personal estates, also lost estates and holdings owned by the church – churches , sanctuaries and monasteries; religious, educational and charitable institutional centers; treasures of cultural and religious value – cross-stones (khachkars), illuminated manuscripts, icons and other items of value; and holdings owned by the State of Turkey under the classification of “abandoned estates”.
98 years after the Genocide the present Turkish nation, as the successors of the Ottoman Empire, not only deny that its predecessors plotted and committed the Genocide, but also continues its antiArmenian policy, still retaining confiscated church estates and properties, and religious and cultural treasures of the Armenian people.
Therefore, We call on the Republic of Turkey and demand the following:
To recognize the Armenian Genocide;
To fully compensate the Armenians who suffered losses and the violation of their human and national rights;
To immediately return the Armenian churches, monasteries, church properties, and spiritual and cultural treasures, to the Armenian people as their rightful owner.
Remembering the victims of the Armenian Genocide with prayers, We condemn any violation against God-given life, human dignity and the peaceful coexistence of people “For God is not the God of discord, but of peace ” (Corinthians 14.33), and has called on people for love, solidarity and cooperation.
With gratitude, We honor all nations and peoples who gave shelter to the Armenians displaced by Genocide, and showed compassion and brotherly love for the dispersed and exiled Armenians.
The Armenian nation will also be eternally grateful to all the nations who, guided by the principles of humanity and justice, have condemned and officially recognized the Armenian Genocide.
On the eve of the 100th anniversary of the Armenian Genocide we must put all our efforts into action to realize the demands of the Armenian nation for the sake of justice and defense of the rights of all Armenians.
HIS HOLINESS KAREKIN II
SUPREME PATRIARCH AND CATHOLICOS OF ALL ARMENIANS
HIS HOLINESS ARAM I
CATHOLICOS OF THE GREAT HOUSE OF CILICIA
24 April, 2013
Source URL:
Western Diocese